The Johannes-Brahms-Association Hamburg was founded in 1969. Two years later the Association with the generous support of the Hamburg entrepreneur and patron Alfred Toepfer succeeded in establishing a memorial to Johannes Brahms in the Peterstraße. This was the beginning of the Brahms-Museum operated by the Association at the same location. 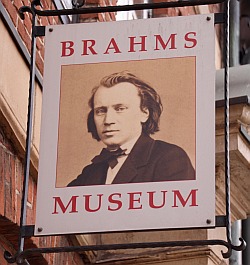 The Museum, at the same time the Association seat, displays by means of numerous exhibits in its permanent exhibition the life and times of the composer, whereby emphasis is placed on the Hamburg Period (1833-1862). (The document collection of the Association is placed on permanent loan in the Brahms Archive of the Hamburg State and University Library Carl von Ossietzky.)
The Museum possesses a square piano dating from 1859, on which Brahms gave lessons in the years 1861 to 1862. Thanks to its restoration generously supported by the Hamburger Sparkasse, this instrument may today be played by visiting pianists. A reference library, housing among others all published volumes of the New Johannes Brahms Complete Edition, as well as recordings of all Brahms music on CD, is available for consultation, research and listening.

The Brahms Association serves to strengthen the memory and experiencing of Brahms with periodically changing cabinet exhibitions in the Museum, with concerts and lectures (see under Current Events). Its program also extends to promoting national and international Brahms research, particularly by means of publishing the series of BRAHMS STUDIEN, whose first volume – edited by Prof. Constantin Floros – appeared in 1974. With scientific articles and assays on the life, work and surroundings of the composer, the series addresses to the Brahms researcher, the musician, as well as the interested general reader.

With the aim of promoting young musicians, the Association organised the International Brahms competition between 1983 and 2002, featuring a wide range of musical genres and all facets of the Brahms oeuvre.

In 1971, the Association initiated the installation of a Brahms memorial stone in the Caffemacherreihe, adjacent Brahms birth house in Speckstrasse. The birth house was destroyed during the war in 1943. The renaming of the Johannes-Brahms-Platz, the square fronting the Laeisz Concert Hall (to mark the Brahms centenary day of death in 1997) was done at the initiative of the Association, as well as the care of the Brahms family graves in the Ohlsdorf Cemetery. The Brahms Medal of the Free and Hanseatic City of Hamburg was also awarded four times at the prompting of the Association, first to the Hamburg-born pianist, Detlev Kraus, President of the Association from 1982 to 1997 and Honorary President until his death in 2008, then to the founding member and long serving President of the State Academy of Music and Theatre in Hamburg Prof. Hermann Rauhe, also to the founding and honorary member of the Association Prof. Kurt Hoffman, and finally in 2010 to the Norddeutscher Rundfunk Choir.

Among the further 66 recipients of the Brahms Medal who contributed greatly to the Brahms Association are Prof. Kurt Stephenson, Adolf Detel, Gerhard Maasz and Dr. Helmut Wirth.

The Association promoted and contributed to the Hamburg Music Festival, held four times between 1991 and 1994. This festival served the memory of Brahms and the comparison with other composers. It may be seen as a forerunner for the Festival “Hamburger Ostertöne – Brahms und Moderne”, held between 2006 and 2012.

Brahms enthusiasts and visitors to Hamburg seeking information on Johannes Brahms’ historical evidence will encounter the composer in his home city and outside the concert hall. The Hamburg Johannes-Brahms-Association, through the continuing development of its Museum and publication of its journal, serves as contact point and partner in such endeavours. 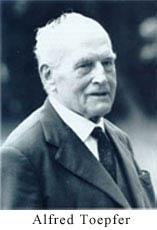 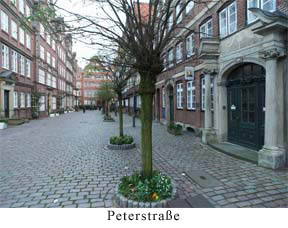 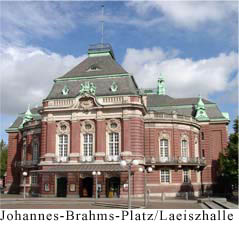